Posted at 14:36h in BC Tech Blog, Tech News by Nadine Sun

Bergen, Norway and Vancouver, Canada – March 25, 2020
Corvus Energy is pleased to announce that the company is moving forward with plans to invest in its Canadian operations by expanding its Richmond, B.C. facility and increasing manufacturing capacity.

As reported in early 2018, Corvus Energy is rolling out plans for expanded maritime battery manufacturing facilities in both Bergen, Norway and Richmond, B.C., Canada. A new automated battery factory in Bergen began producing energy storage systems (ESS) in Q4 2019. Corvus is now pleased to announce that we have signed a contract for investment in new production line equipment in the Richmond, B.C. plant.

Geir Bjørkeli, Chief Executive Officer of Corvus Energy, comments, “With anticipated growth in the market, increased capacity and production flexibility are crucial to keeping up with customer demand.

“The Canadian facility will begin producing our newest multi-megawatt hour ESS, which we call Blue Whale and expect to be the cornerstone of Corvus’ growth in coming years.”  Bjørkeli elaborates, “The market for these enormous battery systems will increase rapidly as cruise ships, large ferries and merchant vessels strive for zero-emissions operation. Some forecasts predict it will be a $1 billion USD market by 2026. Corvus is well positioned to be an innovator and market leader in zero-emissions solutions.”

The total investment in research and development (R&D), plant and equipment is expected to be over $16 million USD. Alongside the new production line, Corvus plans to expand its office space and make improvements that enhance productivity, collaboration and aesthetics. The R&D carried out in Richmond, B.C. is partly funded by Canada’s National Research Council Industrial Research Assistance Program (NRC IRAP).

“The state-of-the-art production equipment in Canada will be based upon the same flexible robotic technology used in our highly successful battery factory in Norway,” says Richard Wing, Executive Vice President Engineering and Program Management at Corvus Energy. “Using digital and automated solutions, we establish cost-efficient production. Having our manufacturing co-located facilitates collaboration — in Norway with the largest sales and service team and in Canada with the engineering team — to add value to our products quickly. Further, it builds competence throughout the company as well as locally in our operating regions.”

Corvus Energy plans to begin shipping Blue Whale ESS from the Vancouver-area plant in early 2021. The two Corvus Energy manufacturing facilities will be well positioned to serve both its largest market for maritime batteries, Northern Europe, and the growing North American and Asian markets. Total capacity from both locations will be 1100 MWh in five distinct ESS product lines. 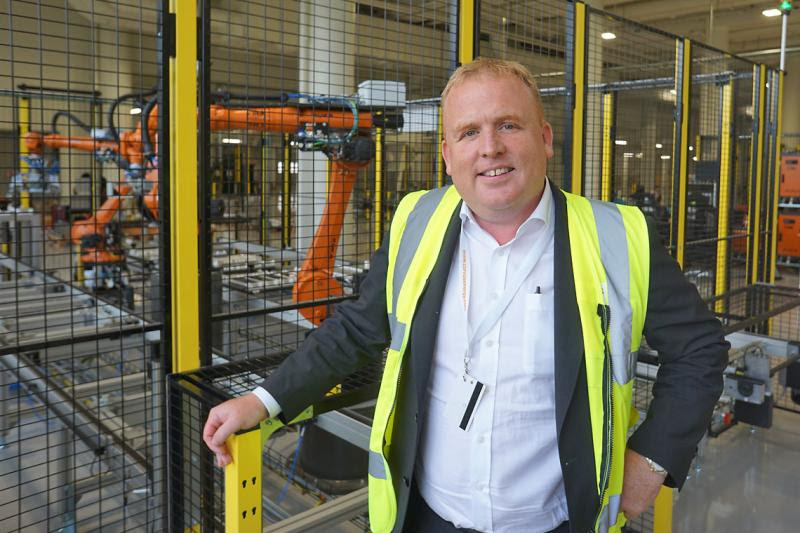 Photo caption: “With anticipated growth in the market, increased capacity and production flexibility are crucial to keeping up with customer demand,” says Geir Bjørkeli, CEO of Corvus Energy, shown at the company’s factory in Norway in front of robotic production equipment similar to what will be deployed in its expanded Canadian facility.

Find in-depth reports developed through impact studies, surveys, and statistics-gathering initiatives. We merge trends reflected in the data with insights from tech leaders to guide decision-making and resource allocation across stakeholders.

Stay up-to-date with news and stories from the BC Tech Association and the tech industry at large. Have news to share? BC Tech Members can submit news releases, blogs and stories for free.

We are dedicated to connecting companies, developing talent, sharing stories, and advocating on behalf of tech companies to keep our industry thriving.